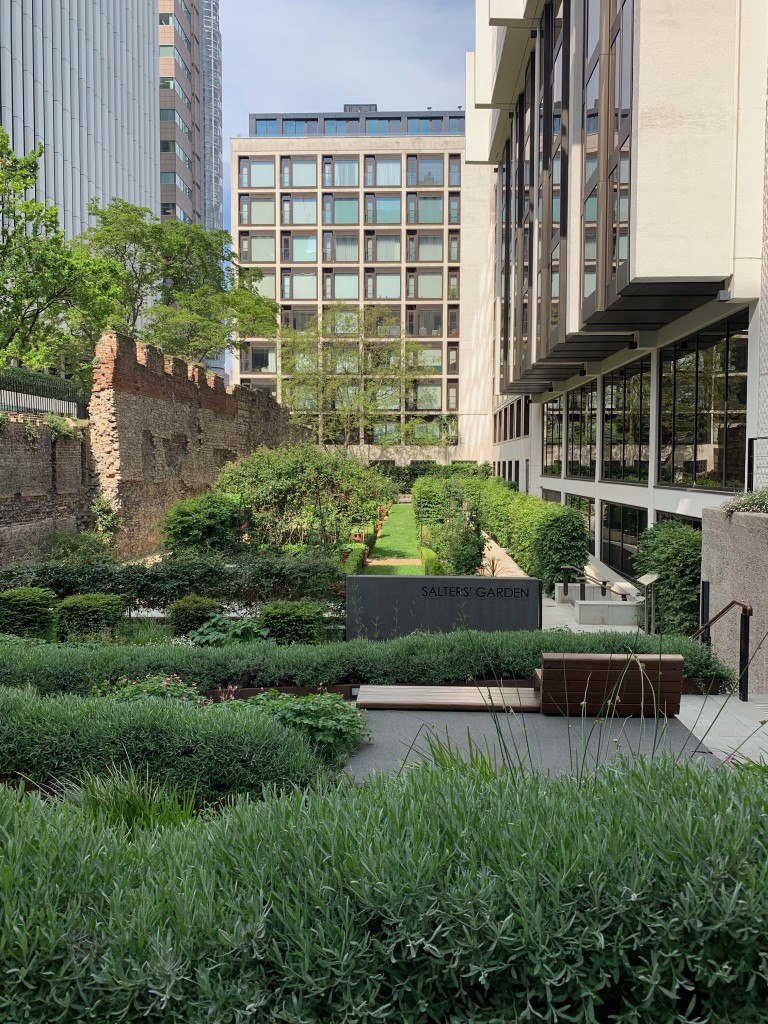 An oasis in the city mile, originally opened in 1981, this contemporary garden was redesigned as a knot garden by David Hicks and reopened in 1995 to commemorate the 600th anniversary of the Worshipful Company of Salters. This tranquil, secluded garden is sunk below road level and has the old Roman City Wall as its southern boundary. Formally laid out with areas of lawn, hedging, pergolas and fountains, peonies abound in late spring, and in summer, the garden is heady with roses.